We are moving to a new location and some links are currently disabled.

As most know about Debora Nash, she not only creates Fine Arts, high-end Fashion designs and jewelry, but she is also a fine art Wildlife Photographer and captures the world around her in an area far out in the wilderness that very few get to see.

Ever since 2014, the year she first discovered a pair of mating American Bald Eagles had moved in right next door to her location, literally at her back door, she has captured and documented the vast number of American Bald Eagle hatchings each year ever since.

Going so far as to getting right under the giant Eagle's nest to see the young being very curious of everything on the ground below and getting to know Debora, as well.

The Bald Eagles have gotten so comfortable with the surroundings, that they don't pay any more attention to the humans as they would anything else that moves out in the natural settings, unless it is "lunch."  LOL!

Once again, camera in hand, Debora captures a sight on a very super-hot day that no one ever gets the chance to witness, as the Eagles will fly away if there is anyone too close by, especially with their young being nearby.

This day is a moment when the entire Bald Eagle family decides to take a dip in the cool water on that very hot day, all at the very same time.  Debora just happened to be by the window when she looked up and saw this once in a lifetime shot and grabbed the camera to catch it all. 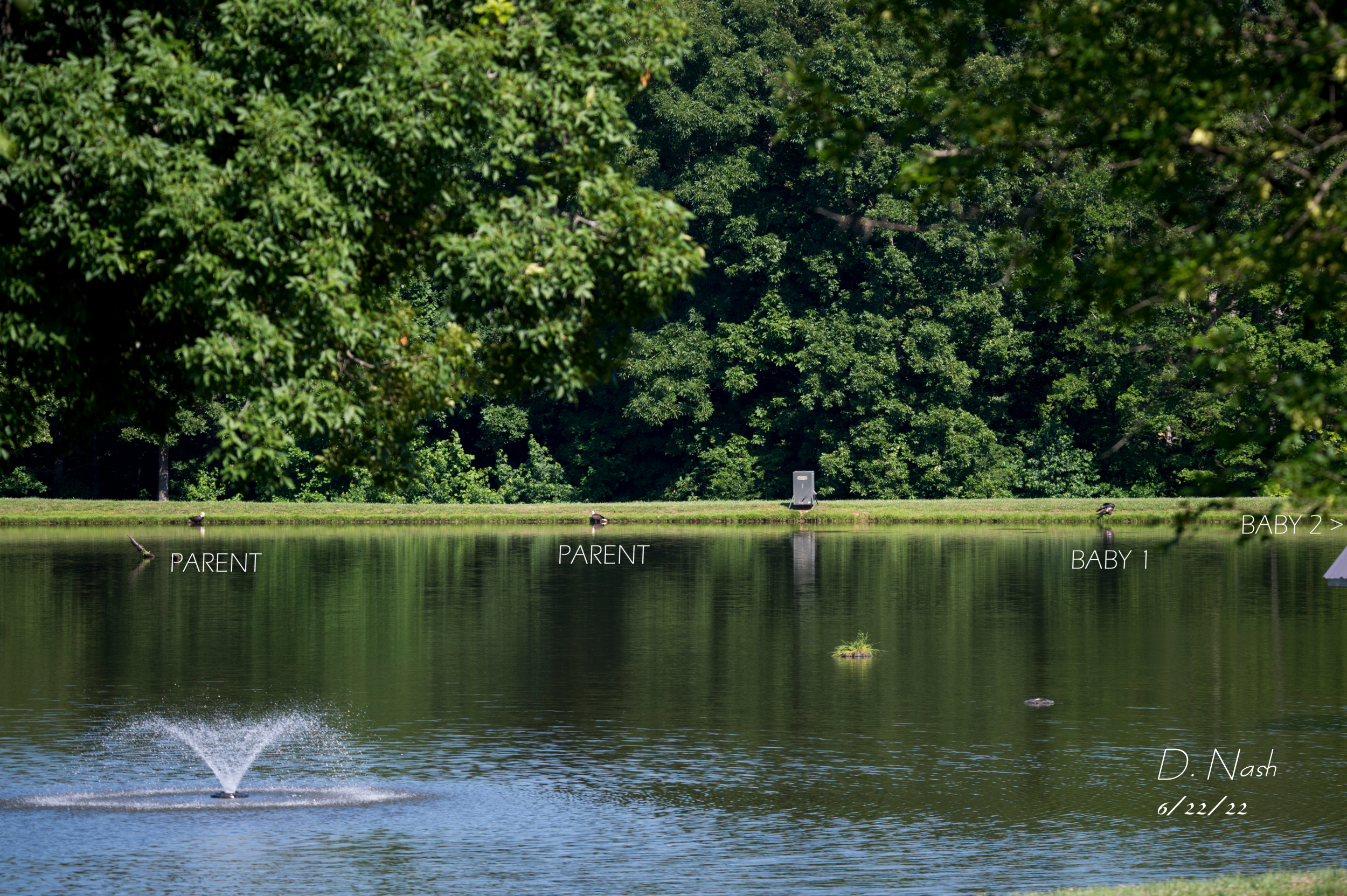 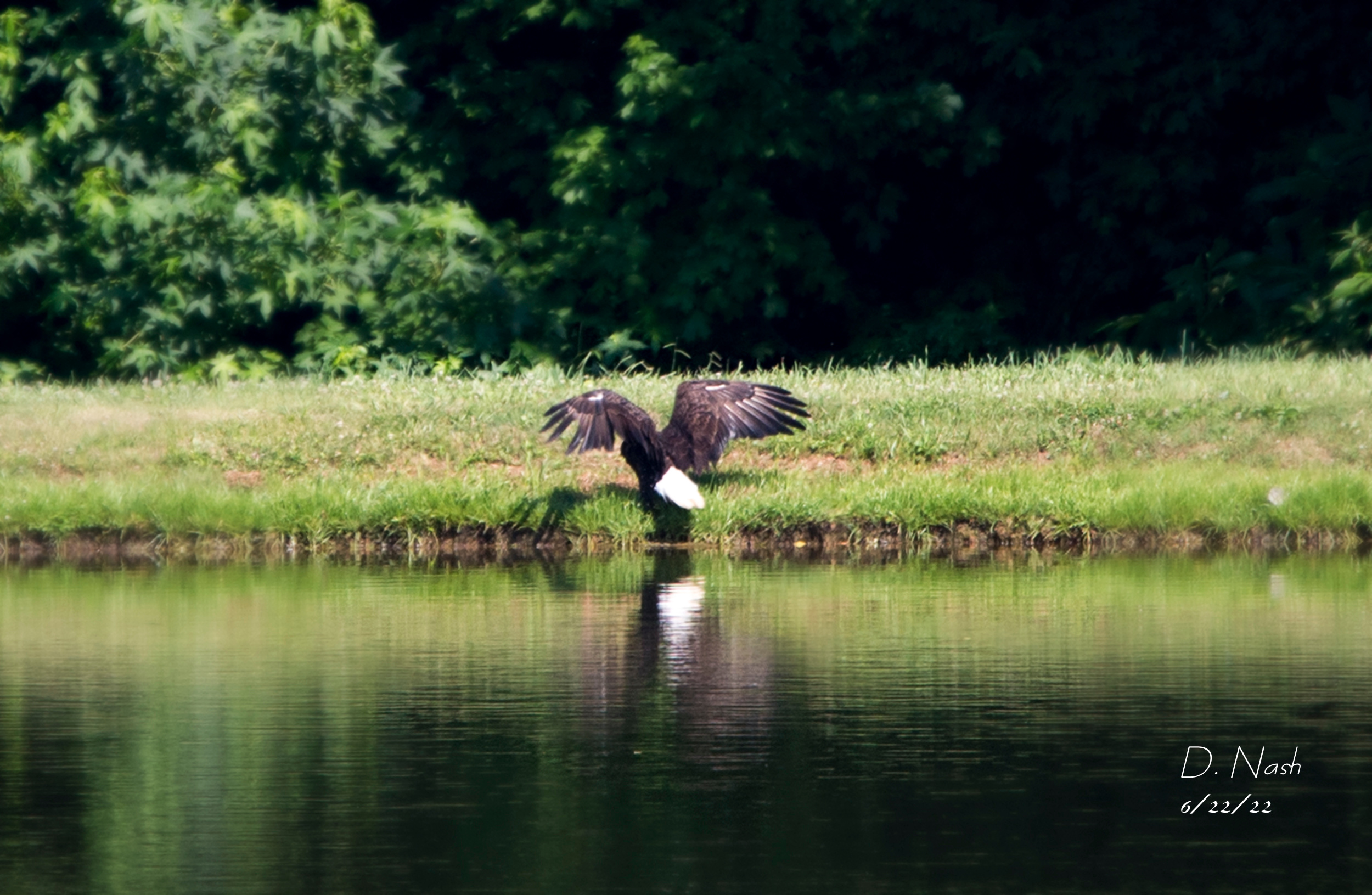 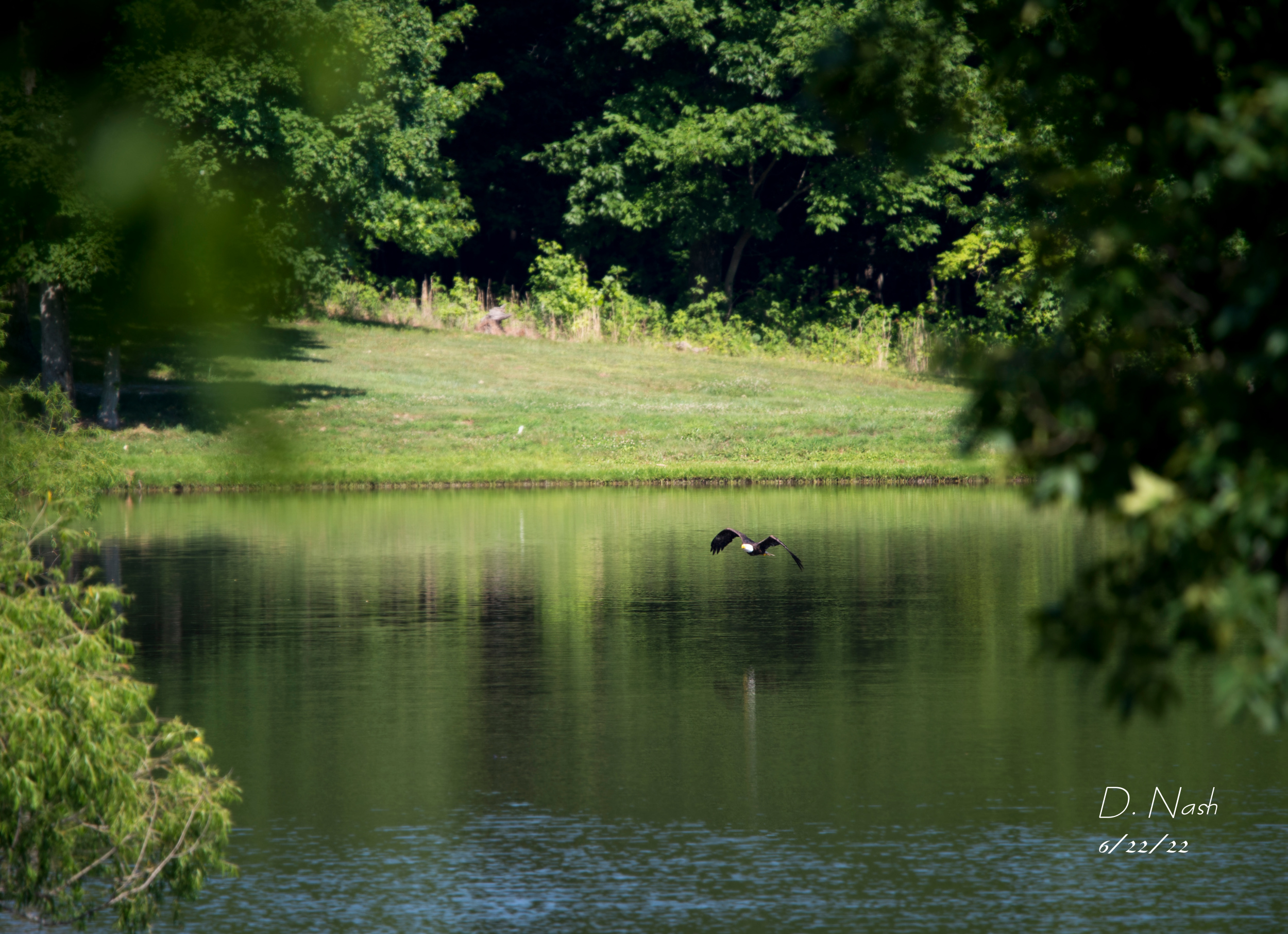 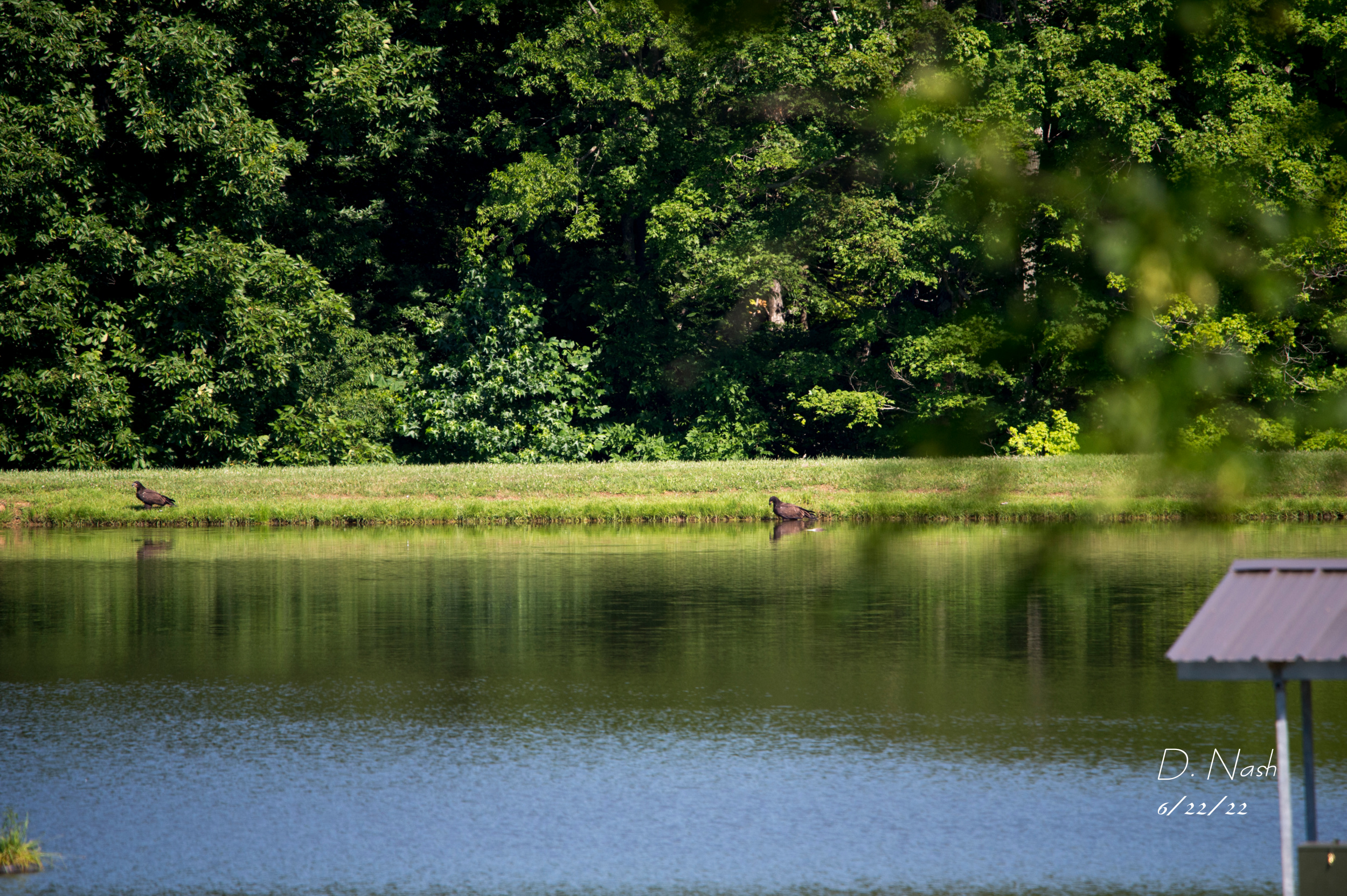 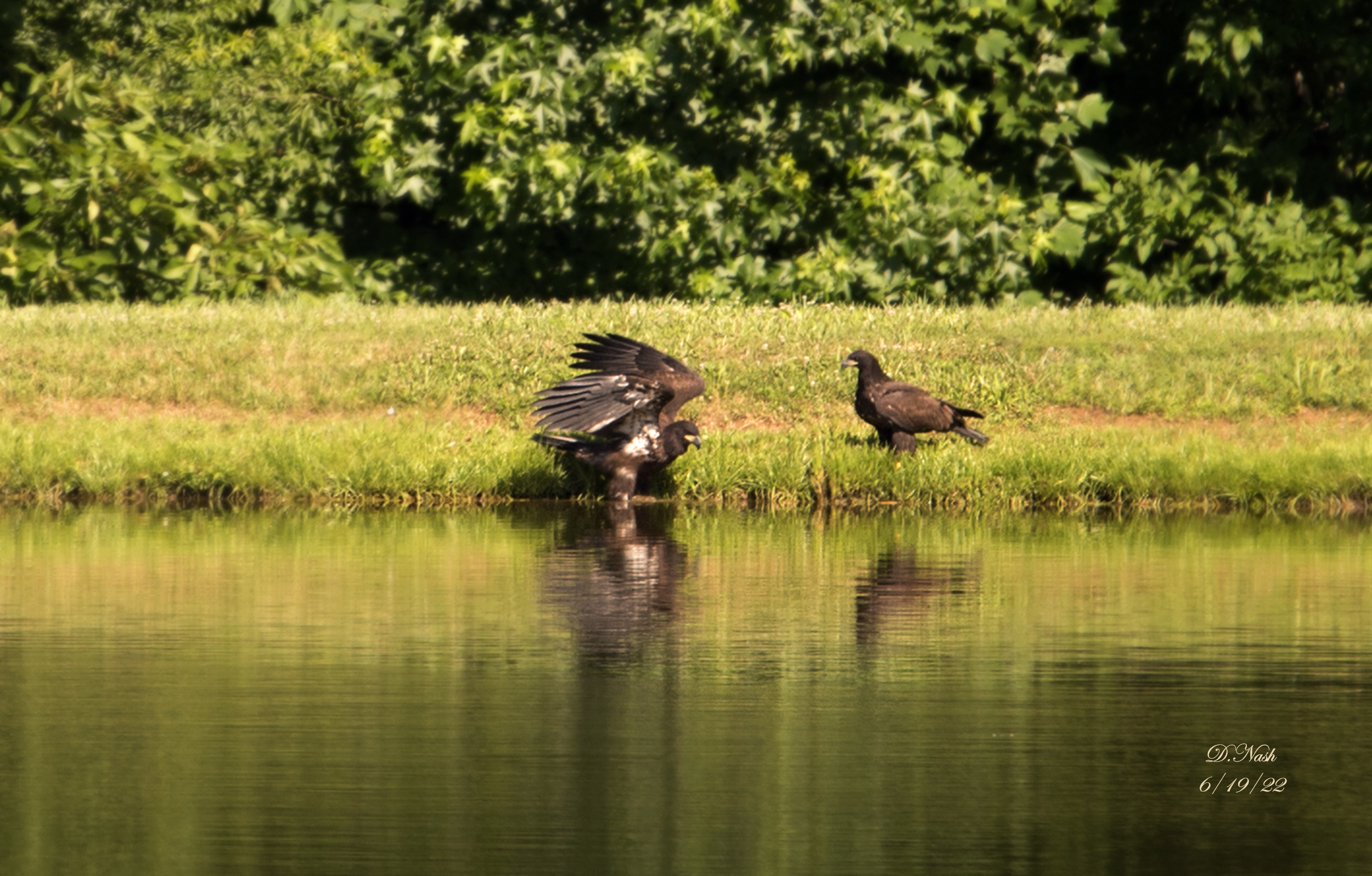 Babies hatched in 2022 and they are now approximately 3-4 months old, with just under 6 ft. wingspans.

They are some big babies... 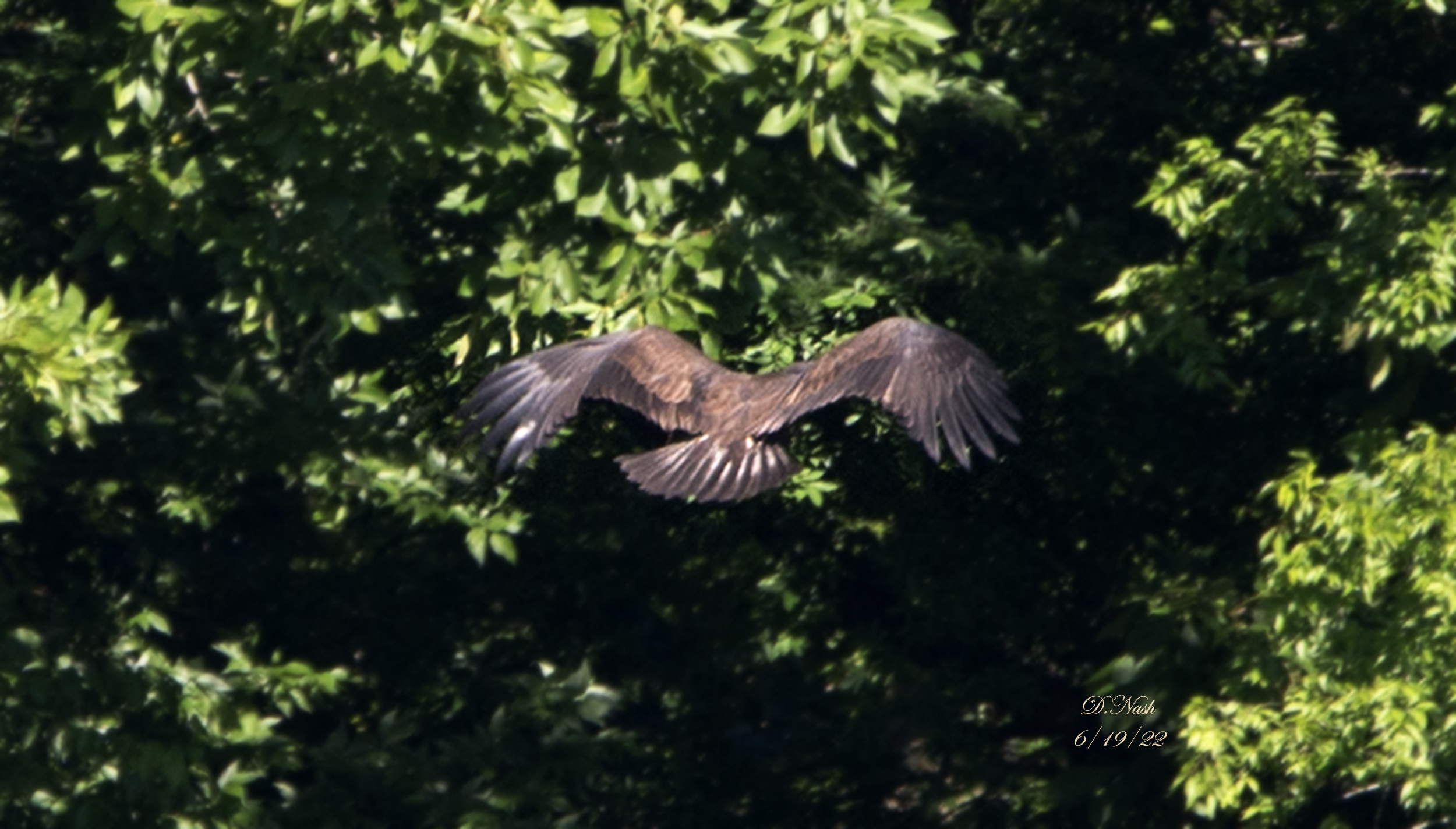